Throughout the UK, public street infrastructure fails to meet the standards of the best European cities. Public space is dominated by fast-moving vehicles, rather than being beautiful and practical places that people can enjoy. Streets are often shabby, with potential improvements starved by lack of funds. At the same time, communities increasingly feel left out of decision-making. New developments are often a source of dispute, rather than seen as opportunities to fulfil long-desired improvements to an area.

StreetFocus aims to enable Local Authorities and communities to achieve improvements to their streets by automatically identifying where desired improvements could be funded by developers, to mutual benefit. It would combine two new sources of data to enable planning gain.

Time and time again, opportunities for street improvements are lost because local government is too disparate. Moreover, there is no way for local communities to register future desires in a systematic way. A planning officer considering a proposed new commercial estate is unlikely to be aware that transport groups have been pushing for a safe cycleway on the adjacent road for instance. Likewise, a Highway Authority may be unaware of proposals that could fund accessibility from an existing estate to the nearby park and thus increase physical activity and reduce crime.

Access to the planning system still broadly works on the 'Alpha Centauri planning office' model of public consultation. Citizens are expected to read jargon-dominated notices on lampposts, or take the effort proactively to trawl through old-fashioned council website listings that are stuck in the pre-mobile internet of 2004. "Alert me to planning proposals along this street" remains an unfulfillable use-case.

By aggregating planning application data and combining and enhancing it with crowdsourced metadata from systems using it, StreetFocus auto-identifies cases for planning gain -- with even a single such success paying back the public investment in this project. Disparate council officers would be alerted to fundable changes and given a stronger hand to negotiate with developers, and citizens would be more motivated. Both can also act much earlier in the process, more systematically.

StreetFocus aims to improve the delivery of public services by:

Unfortunately, some areas of the country have stale data, where we are unable to obtain updated data on planning applications daily. These are shown on the map.

This happens because the council has taken the decision to block third-party organisations from 'scraping' the data from its public webpages. We are hoping to see this issue resolved, but at present do not have any timescale.

The government is aiming to move towards a more digitally-enabled planning system, and it is exactly this kind of problem that needs to be resolved, in order to provide better and much more flexible public access to planning application data.

StreetFocus is a project created by CycleStreets, a social enterprise based in Cambridge, working in collaboration with PlanIt.

StreetFocus has been made possible thanks to funding from: 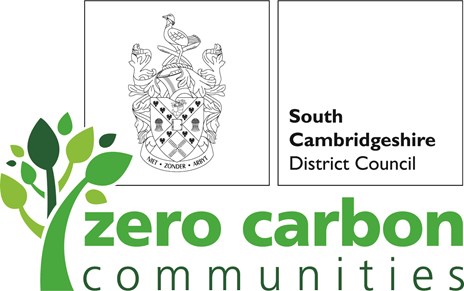